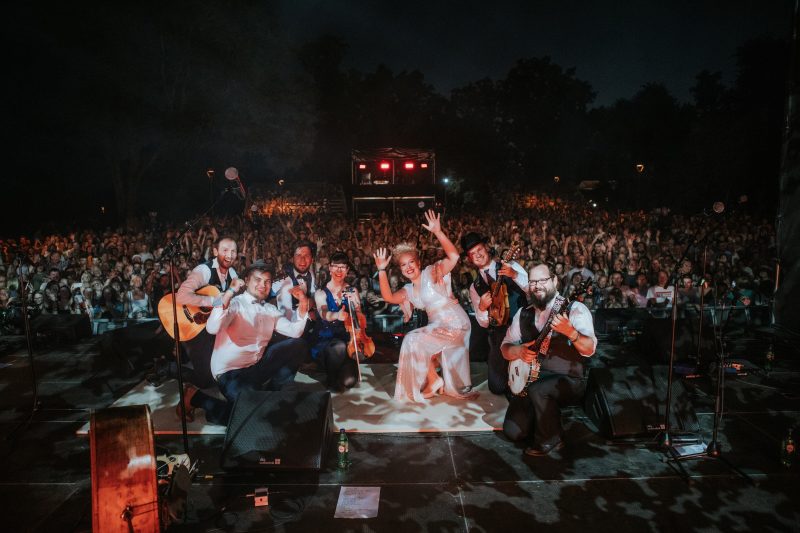 The Heritage Projekt combines the talents of two celebrated bands; Curly Strings, a four-piece from Estonia, and the April Verch Band, a trio lead by Ottawa Valley (Ontario, Canada) native, April Verch.  The beginnings of this collaboration were simple.  A mutual respect for each others music, a couple of brief chance meetings, and most importantly, the discovery of their mutual passion for the early traditional music of their homelands.

Following their three week debut tour (July 2019) book ended with appearances at Kaustinen Folk Music Festival (Finland) and Viljandi Folk Music Festival (Estonia) and a Canadian debut at La Grande Rencontre (Montreal, September, 2019) this new collaboration has already found a place in the hearts of audiences around the world and is in great demand to continue their blend of traditional and original material on the international stage.

The set list for The Heritage Projekt begins by presenting the oldest form of music from both bands’ traditions, builds into medleys that highlight songs and tunes from Estonia and the Ottawa Valley that sound like long-lost cousins, then melds into selections both bands have composed together that fit within these traditions.  It’s a journey of their roots and influences from history into present day.  It is an opportunity to preserve and continue this heritage music all at once.

Both bands grew up rooted in the music of their specific region, honed their musicianship, and began to draw inspiration from other sources in forging their own brand of roots music.  For Curly Strings that included blending inspiration from American bluegrass with their Estonian cultural space, and for the April Verch Band, fusing Old Time American, Scandinavian and classic country influences with regional Canadian styles.

While standing in a long line together at a burger joint in New York City, the bands entered into deep discussions and comparisons about their homelands and musical traditions, and quickly discovered that they had a lot in common.  Both Estonian and Ottawa Valley traditional music styles grew out of a mixed pot of cultures and people, and included dance music from the various immigrants who settled in each location.  A question emerged amongst these young musicians from opposite sides of the globe.  What would a collaboration sound like that honored these timeless traditions and celebrated the common ground of these unique ethnic styles?  Thus began, The Heritage Projekt.

This partnership is also an opportunity for both bands to revisit the roots that their music comes from, without concerns for having it fit their current band sound.  Eeva Talsi of Curly Strings says “it’s something that both our bands have wanted to do for some time, and it’s been even more fun and exciting to do it as a team.”  April Verch agrees, “by combining our efforts, we’re able to present our ethnic styles to each other, and to more and different parts of the world than we would be able to just on our own.” 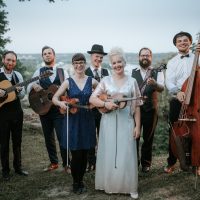